Our Impression of JavaOne 2015

After an incredibly busy few weeks, we’ve now had time to reflect on the exciting week we spent at JavaOne Conference in San-Francisco. The conference gave insights on where Java community is heading, sparked many ideas for the CUBA Platform and allowed us to meet some outstanding guys, so I decided to share our impressions on the event.

San Francisco met us with trams, hills and Uber, which is by no surprise absolutely dominant in their home city. A little lifehack - as Uber gives free rides for both first time users and referrals, we got loads of them among six of us ☺. 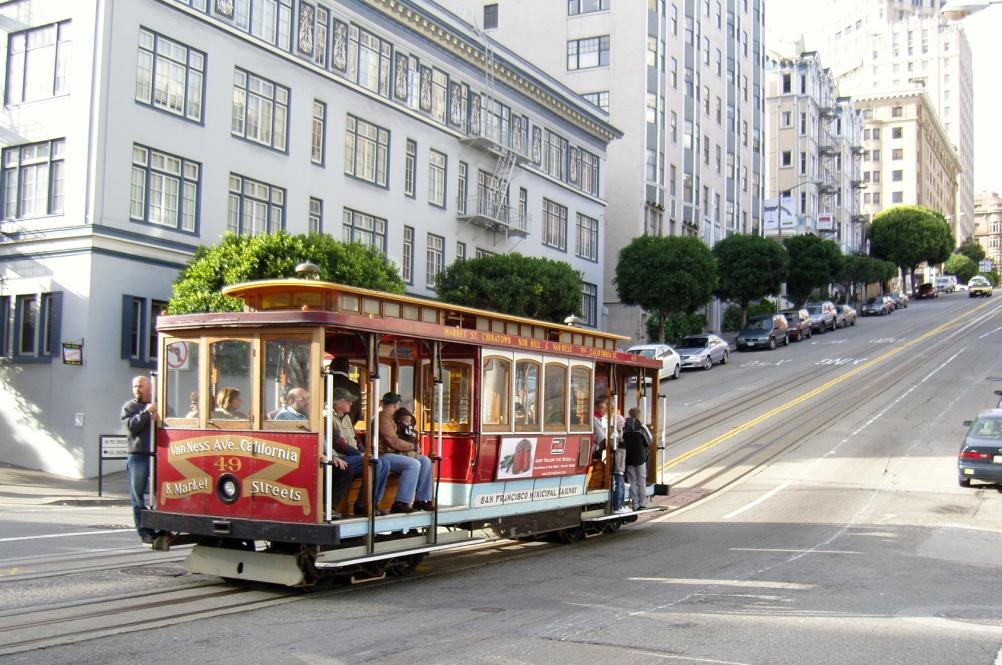 The conference itself is massive! With 9000 attendees and 557 sessions, it is rightfully called the main event in the Java world. The visitors are mainly senior developers and architects, as opposed to some local Java conferences with lower price tags, where you tend to see more younger Java enthusiasts. In the course of conversations at our stand, it turned out that most had experience with enterprise software development.

The central topic of this year's conference was the cloud. Bluemix, OpenShift, Pivotal, Jelastic and others were presented at the expo. Sessions covered various aspects of cloud applications development. Steve Poole raised some interesting questions in his talk, like “If your application is to be run in a dedicated container, do you really need the level of OS abstraction provided by JVM?”

One of our discoveries was a new open source cloud IDE – Eclipse Che, which provides all the power of desktop IDEs – including refactoring and debugging - in your browser. Tyler Jewell’s session immediately led to the idea of integrating Eclipse Che with CUBA Studio. As a result, we can get a one-stop web based development environment for the platform, so that CUBA applications can be developed and deployed in the cloud, without need to install any tools locally.

As support for mobile applications development is probably the most anticipated feature of the CUBA Platform, we could not miss the "Back to Mobile: Java 8 on iOS, Android and Windows 10" session by RoboVM guys. RoboVM brings Java 8 and other JVM languages to mobile platforms and enables the sharing of large portions of code between all platforms and the back end, exploiting the full Java ecosystem and reducing cost and time to market. Additionally, RoboVM exposes all platform-specific APIs in idiomatic Java, enabling the creation of truly native mobile apps. Sounds like a good candidate technology for us!

The "Project Jigsaw: Under the Hood" session covered the topics of implementation and usage of the new module system coming in Java 9. It is no doubt the most interesting feature of the future release, especially from the architecture point of view. Looks like moving the platform to Java 9 will not be easy though - it depends on a stack of third-party libraries, and some will use restricted classes from JDK. On the positive side, it seems like Gradle - which is the core of the CUBA build system - is progressing fast in the modularization direction. The features of the upcoming Gradle release with Java 9 support were discussed during the session “Java Components: Solving the Puzzle with Jigsaw and Gradle”.

We also contributed to the conference program. I explained different approaches to off-the-shelf software customization for individual customers, and Yuriy Artamonov held a marathon of three Hands-on Labs, where anyone could build a full featured enterprise application within two hours. If you missed the session you are welcome to follow the link and try it on your own.

The Expo Hall hosted 65 exhibitors this year, and our stand was among the busiest – probably partly because we are still a new brand, and partly because accelerating enterprise software development is a vital topic for many of the visitors. No surprise that conversations started with “So, what is the CUBA Platform?”, but after a brief overview, most people were very engaged and stayed for a demo. We did over 400 of those, so half of the team almost lost their voice already by the end of day one ☺. The most frequent request was a tool to run CUBA Platform application and generate CRUD screens on top of an existing database to simplify migration from legacy apps. We have already started working on this, so this is something we will release shortly. 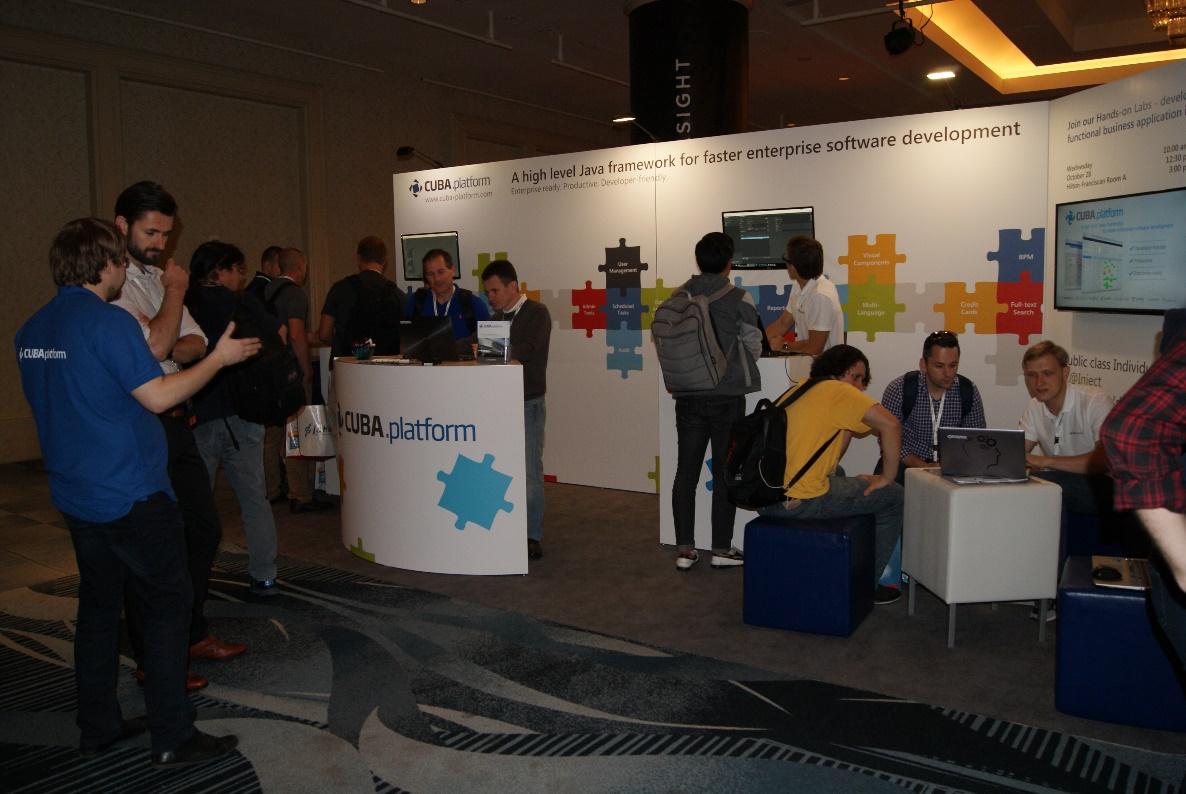 The conference finished with a concert by Elton John and Beck at Treasure Island, and then we took a few days off to make a trip around the amazing California. Catching waves at the Malibu beach, staring at sequoias, sleeping in a tepee, Death Valley hiking – but that’s another story… 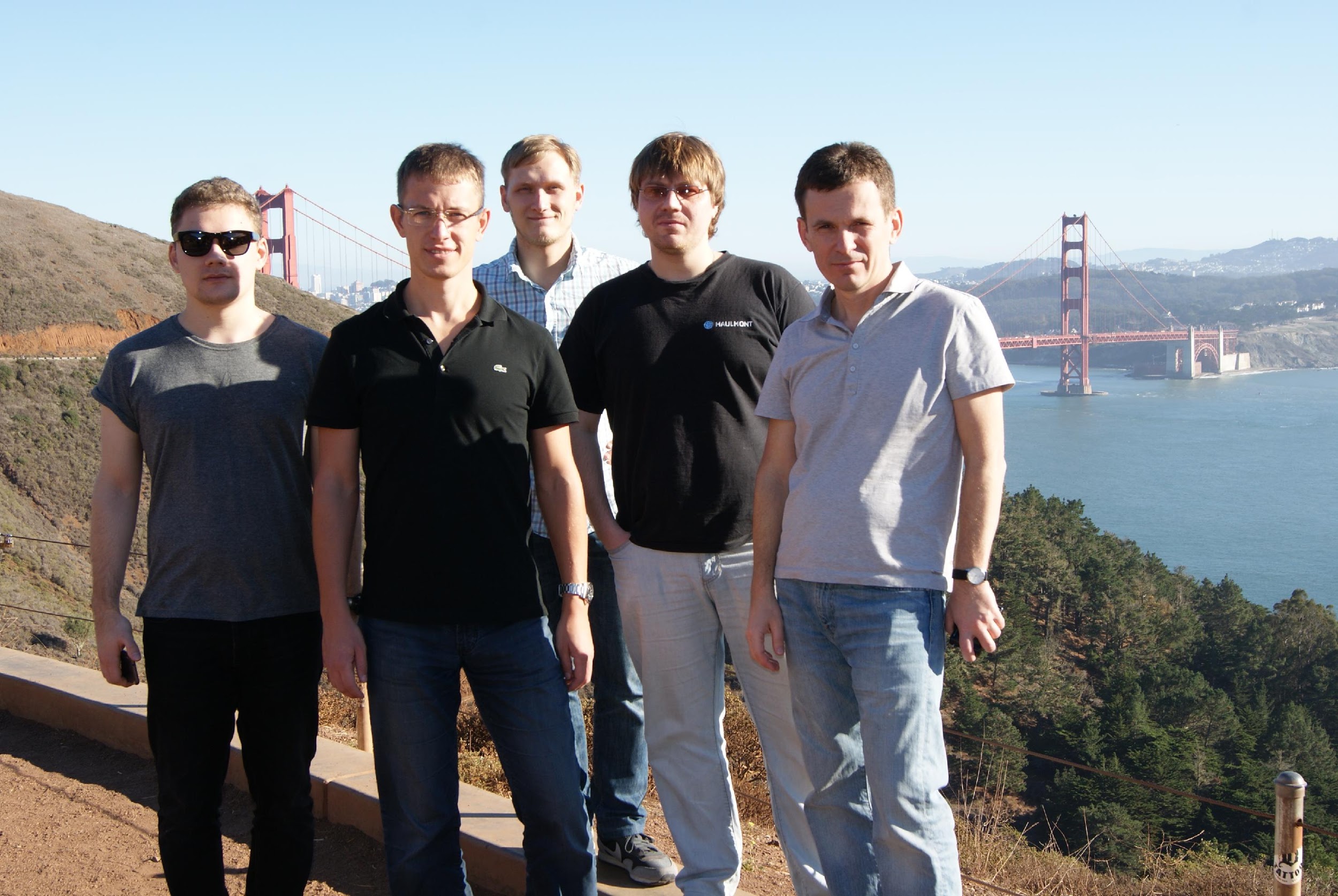 To conclude this post, I can only thank Oracle for this exceptional event, and we are looking forward to visiting JavaOne 2016!